Summer is well done and over with, and I’ve been meaning to get these up here for a while now. These are not full reviews (because I don’t do real reviews, lol!), but just a few words on my five favorite reads from the first half of the year. Click through for the full GoodReads pages for each of these. And happy reading! ðŸ™‚

Paint it Black by Janet Fitch:

A young woman searches for meaning and closure in the months following her lover’s suicide, as she becomes involved with his mother and explores the complicated relationship they had.

Paint it Black was twisted, brilliant, disturbing, and memorizing, like watching a car crash. I read this book SO slowly, because it was so rich with detail and emotion. Expertly written. A very intense and darkly beautiful story. This was my first from Janet Fitch (I know, everybody else reads White Oleander first, lol!), and I have to say she’s a brand new favorite of mine!

You’ll enjoy this one if you like lavishly beautiful prose and complex family dramas. 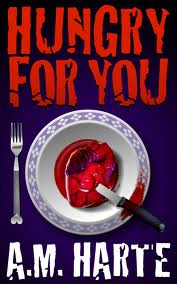 Hungry for You by A.M. Harte:

From Goodreads: “Love is horrible. It’s ruthless, messy, mind-altering, and raw. It takes no prisoners. It chews you up and spits you out and leaves you for dead. Love is, you could say, very much like a zombie.”

A collection of short stories about love, from a world full of zombies!!!

A favorite quote: “They tracked the car’s progress like sunflowers, faces upturned and yearning, all broken bones and gangrene smiles.”

This was a truly unique collection. Delightfully macabre, yet still tender? I’ve never read anything like it, but I was fascinated by every single page.

A married man expounds on his twenty-something-year marriage and the “affairs” they both had, as well as his thoughts of the general universe and humanity and a few other dozen things.

I found this book both engrossing and maddening at the same time. First, it’s written as a long, loose ramble, as if you were sitting with a friend in a living room at 4am (drunk and possibly stoned too) listening to his life story for 300 pages. Which is not entirely a bad thing – the narrator is engaging, thoughtful, and funny! And despite it’s loose structure, it still has the (vague) plotting of a story. (Memoir, actually, as the author seems to claim this is a true story.) The ending was just as engrossing and maddening as the rest of the book.

Overall, the book is quite profound, engaging to read, and enlightening, even if sometimes frustrating. Definitely an adult read, and an honest, no apologies one at that. If you enjoy rambling stories about life and love and well… everything, you’ll enjoy this.

Ruin is a terrifying and savage world where Paula, the Neutral daughter of an activist spy, has been exiled from the only life she knows. Now her only options are to adapt – and fast – or instead perish. The people here are ruthless and powerful, and Paula doesn’t even know if she can trust her own family. She’ll discover who she can trust, as well as who she can’t, and she’ll try to reinvent herself because going back is not an option, and going forward is the only way she’ll ever survive.

With sharp detail and riveting emotion, this debut novel by NM Martinez is moving, shocking, impossible to put down, and impossible to forget. If you like post-apocalyptic sci-fi with a good dose of swoon, humans with mutated powers that have consequences sometimes charming and other times spine-chillingly scary, you will love this! 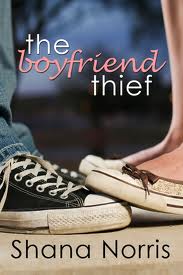 The Boyfriend Thief by Shana Norris:

A supercute, funny, heartfelt, and uplifting read. Avery is a hilarious and heartbroken young lady, fiery and yet so vulnerable at the same time, with a lot of damage to sort through. Lucky for her, the utterly adorable Zac is her polar opposite, and as they’re paired to work on a school project together, she doesn’t even know what’s about to hit her.

A favorite quote: “FILE CABINET! For the love of argyle socks, use the freaking file cabinet!” LOL!

One of the things I love most about Shana’s writing is how she’s able to weave the story between side-spliting humor, and deep emotional depth. The Boyfriend Thief is sweet enough for younger teens, and a refreshing and romantic pick for grown women. The story is packed with laugh-out-loud humor and the intense emotional scenes are perfectly expressed. I enjoyed it a lot!

On the bookshelf this fall: The Naked Gardener by L.B. Gschwandtner, The Unnamed by Joshua Ferris, The Opposite of Love by Julie Buxbaum, Room by Emma Donoghue, Water for Elephants (which everyone has finished by now except me!), and hoping to have time for A Gate at the Stairs by Lorrie Moore too. Oh, and I hear I need to read The Help too!

Not to mention Shana and Nina both have new books out or coming soon! Eeek! My to-read list is infinitely long!

(Also, totally not trying to make these into “pimp my friends” posts, but damn, my friends write good books! ðŸ˜€ )